During the summer term 30 pupils and 3 members of staff made the now annual trip to Geneva.
The principle aim of the trip is a visit to CERN, the world’s largest particle accelerator. As well as visiting the public exhibitions we also had a private tour of the Large Hadron Collider facilities. However, the 3 day trip involves a lot more. We had a tour of the United Nations buildings which was also the centre for the now defunct League of Nations. In addition, we also travelled over to the world renowned Polytechnique of Lausanne where there is a plasma research facility. Here pupils were given a guided tour by PhD students and were able to go right inside the very heart of the Plasma experimental equipment. We also spent time exploring around Geneva which is a a most beautiful city. 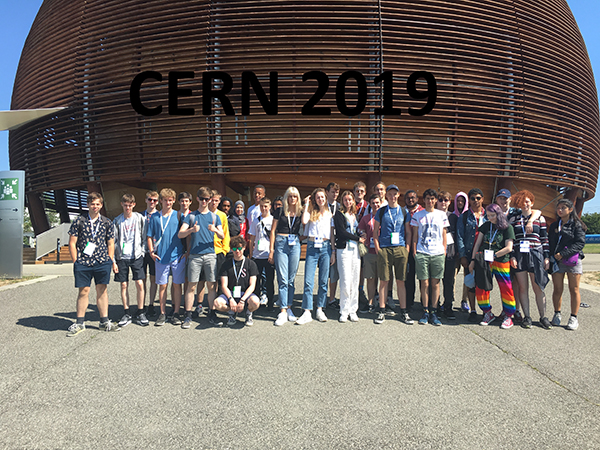 Each September Year 11 Geography students embark on 2 days fieldwork in North Norfolk. Students complete 2 investigations, collecting data in Cromer and Overstrand, whilst staying overnight in the YHA facility in Sheringham. 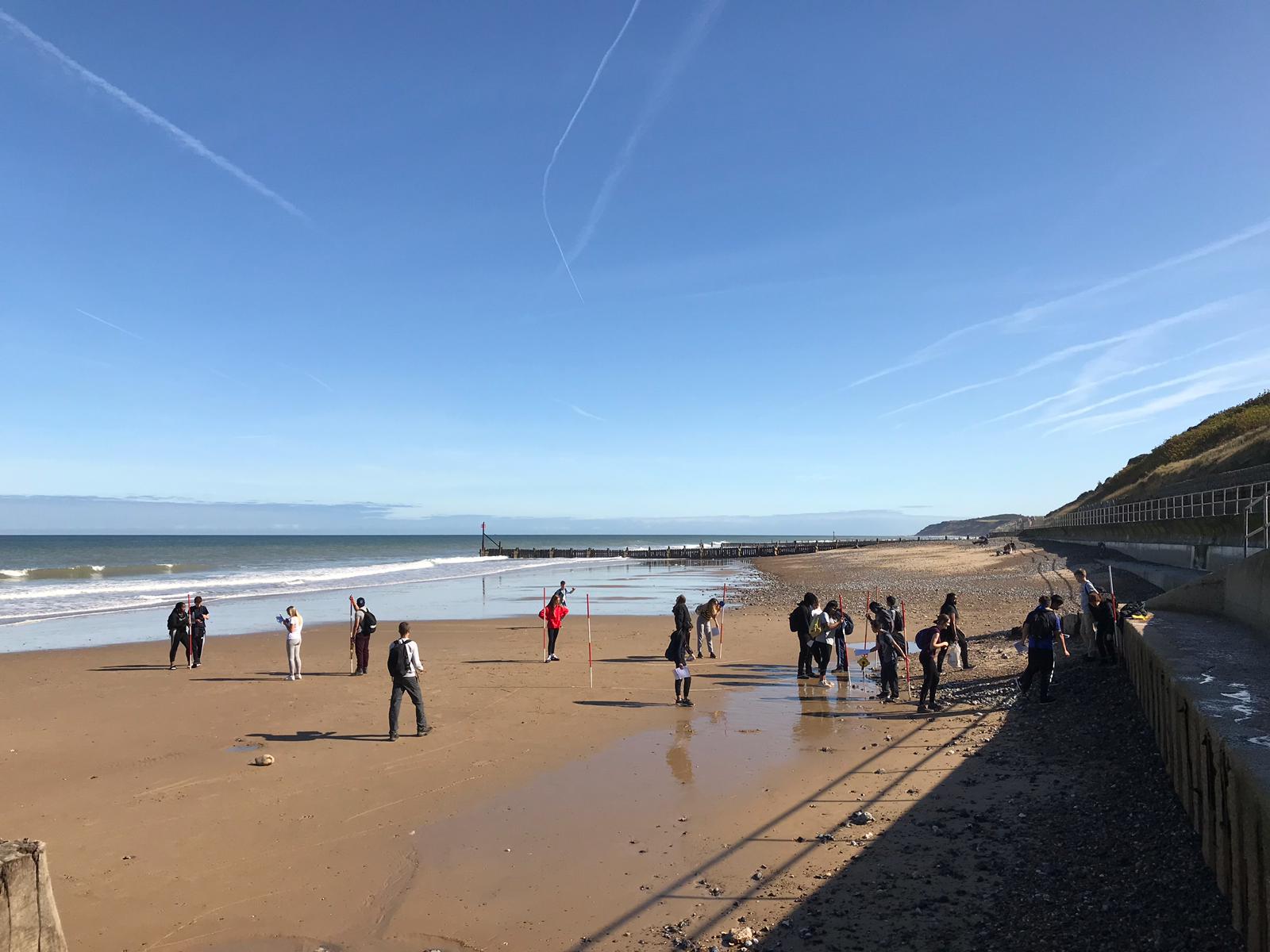 Students get to experience Geographical concepts and theories in the real world and get to try out a number of data collection techniques and fieldwork skills that they learn about in lessons prior to the trip. Students get to shape the nature of their investigations which is a very valuable skill for becoming a successful Geographer. From completing beach profiles (as seen in the image) to conducting surveys with local residents, students are able to get a true feel for what it takes to investigate issues in the field. If they are lucky they get to enjoy the beautiful scenery in warm early Autumn conditions but from time to time the North Sea and local weather systems are an experience of their own. No matter what the weather students always work hard throughout the day and into the evening before enjoying the hospitality of the YHA and hot chocolate courtesy of the Geography department!

Once the trip is over students use their experiences to prepare for an applied fieldwork paper. This means they are tested on the theories, concepts and investigations that they carried out in Norfolk, first in a mock in December and then the GCSE exams the following June. Component 3 makes up 30% of their final mark so is very important to their overall grade.

On Tuesday 4th July, 25 students and 3 members of staff set off on the trip of a life time to Leh, India.

Leh is the capital of Ladakh, a stunning region in the North of India, nestled amongst the Himalayan and Karakoram mountain ranges, which is home to a thriving community of mostly Tibetan refugees and Ladakhi Indians. The group were looking forward to embracing a culture vastly different to their own, understanding the beliefs and practices of Tibetan Buddhism, and maybe even gaining enlightenment! The first day involved 24 hours of acclimatisation to the altitude of 3500m and therefore doing as little as possible. 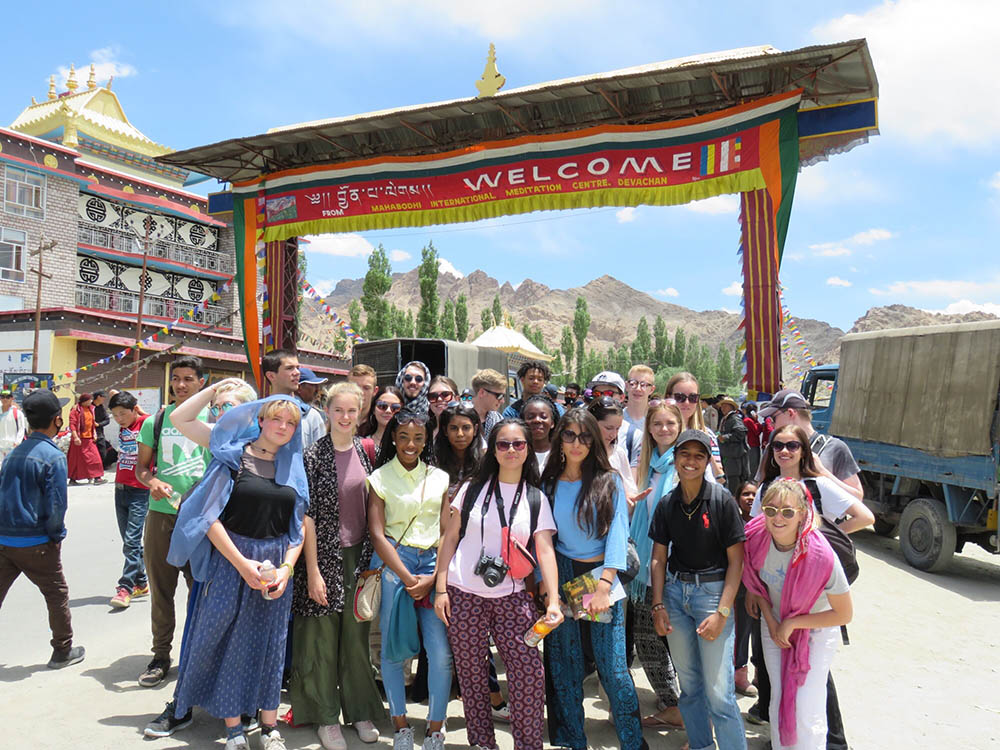 On this day, the group caught wind of the Dalai Llama’s presence in a nearby town and so plans were made to travel to Choglamser the next day to join the festivities and see the Dalai Llama on his 82nd birthday! There were thousands of Tibetans there, along with people of all faiths and none, all sitting out together under the strong Ladakhi sun, enjoying the songs and dance. Those with optical zoom caught fantastic shots of the exiled spiritual leader and the rest of us settled for identifying a figure dressed in orange robes!

Other highlights of the trip included the visit out to Lake Pangong, a stunning crystal clear, blue lake at a height of 4500m, the trip around the local monasteries, and the morning with Tibetan monk Khanchok Phandey. An epic, and at times tantalising journey through the mountains and across the Chang-la pass (the third highest motorable pass in the world) brought us out of the mountains to see the

It was such a memorable trip and for many, I am sure, one which will remain with them for the rest of their lives!

extraordinary manifestation of nature that is Lake Pangong. The students loved it and for anyone who has seen Three Idiots, this is where the final scene was shot! The group felt particularly zen after spending time at the monasteries, the peaceful atmosphere and the mesmerising surroundings instantly resulted in inner calm, and many students were seen spinning the prayer wheels to enhance their good karma! Extraordinary statues and artwork further added to the magic of the monasteries as students were immersed in the Buddhist philosophies of the 4 Noble Truths, the Wheel of Life, Trikaya and Bodhisattvas. Our morning with Khanchok, a Buddhist monk,  was also fascinating as he sat with the students, answering their questions and teaching them the great truths of Buddhism.

It was such a memorable trip and for many, I am sure, one which will remain with them for the rest of their lives!

Last week Year 8 and Year 9 German Twilight students made their way to the Goethe Institute in South Kensington to watch a German film and have a guided tour around the impressive German library.

The film 'Der ganz große Traum' (‘Lessons of a dream’) was enjoyable and told the story of Konrad Koch, a young visionary teacher who not only changed his students’ lives but also introduced football to Germany!

Everybody had a great time and the tour around the library gave every student the chance to browse through comics, books and magazines in German. An enjoyable and motivating day!

A big thank you to all members of staff who came along.