Since 2017 year 12 Chemistry students have had the opportunity to participate in an exciting project based around synthesising a variety of different ionic liquids and then measuring their physical properties. The project is run in conjunction with University College London (UCL) and the Institute for Research in Schools (IRIS). 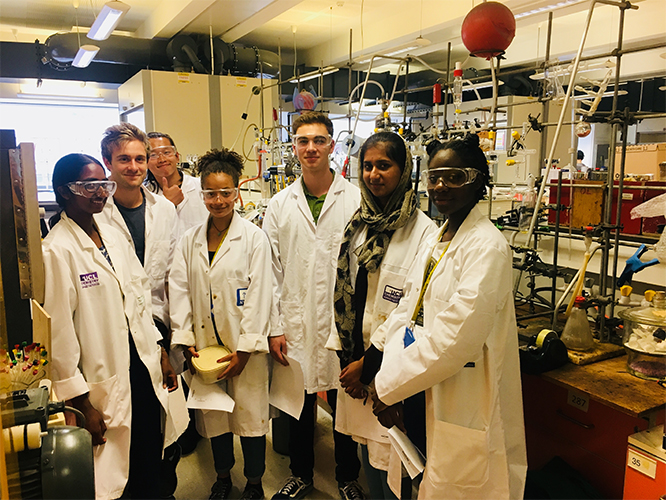 Ionic liquids are fascinating compounds with unique physical properties and a huge range of potential applications. They are relatively straightforward to design and synthesise so the project is able to give students the opportunity to work like real research scientists and be creative using Chemistry. The question they are seeking to answer is: Can they produce an ionic liquid, with desirable properties, that has never been made before? 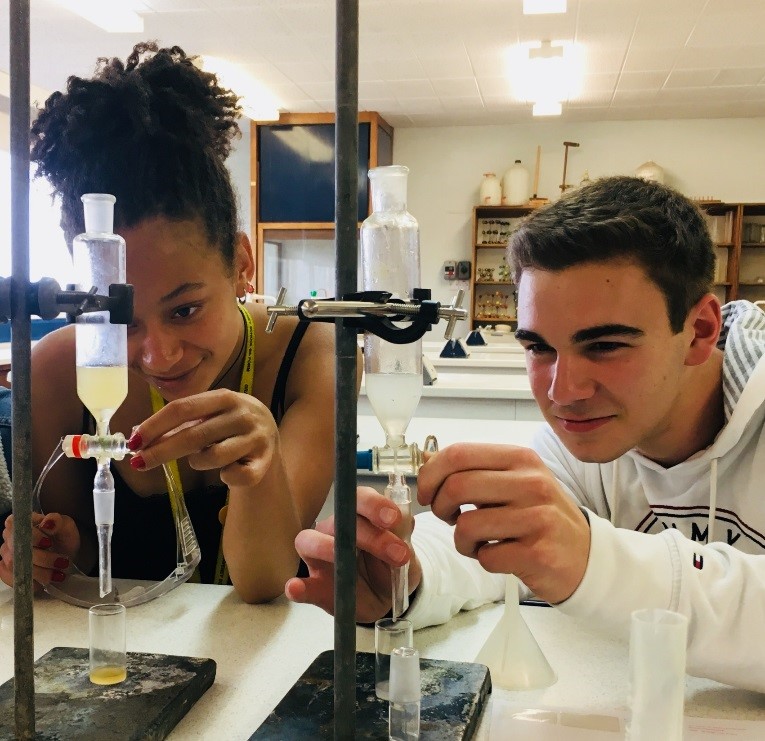 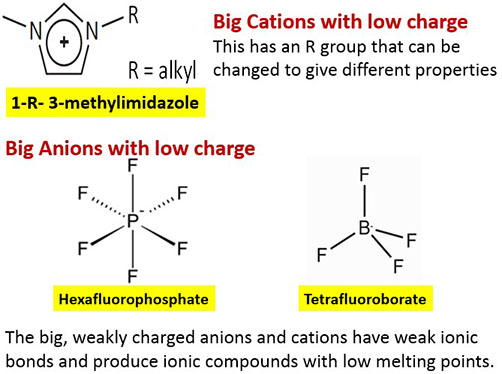 Ionic liquids are Ionic compounds that are liquid at room temperature. Students in year 12 understand that ionic bonds are strong and normally result in very high melting points (NaCl melts at 801oC). For an ionic compound to be a liquid at room temperature much weaker ionic bonds are needed. This is achieved by synthesising very large, weakly charged ions. The ionic liquids we have produced have a large cation 1-R-3-methylimadazole where the R group can be changed to hundreds of different alkyl groups. The large, weakly charged anions we have used include Hexafluorophosphate and Tetrafluoroborate amongst others. 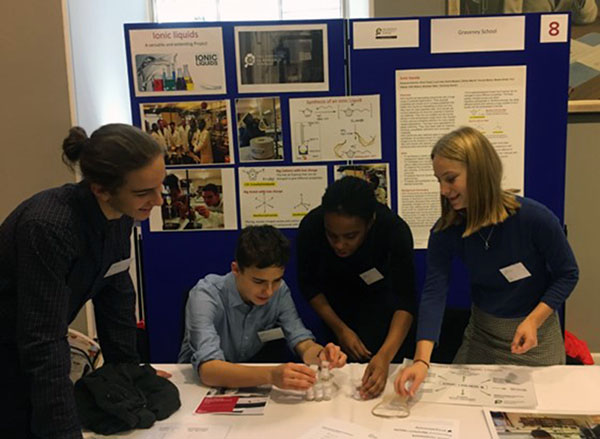